A dominating hub for life sciences and government, Washington, DC also serves as a significant outpost for tech companies seeking proximity to policymakers as well as for burgeoning cyber-security investment.

The top 25 tech cities were determined by analyzing the concentration of factors such as talent, capital, and growth opportunity – the key ingredients that comprise a tech stew. The heartiest of these tech epicenters are: 1. San Jose, CA (Silicon Valley); 2. San Francisco, CA; 3. Washington, DC; 4. Boston/Cambridge, MA; and 5. Raleigh/Durham/Chapel Hill, NC.

Cushman & Wakefield created the “Tech Cities 1.0” report to provide greater insight for its clients and industry stakeholders into existing and emerging tech centers that are driving much of today’s U.S. economy.

Ken McCarthy, Cushman & Wakefield’s New York-based Principal Economist and Applied Research Lead for the U.S., states that “tech is in everything” and that people would be left behind if they did not adopt technology and change with that technology.

“Basically every company today is a tech company in one way or another. We’re all using it, we’re using various aspects of tech companies to do various things,” Mr. McCarthy elaborated. “Whether it’s Salesforce as customer relationship management, or Workday for HR, and various other database programs, the old way of doing business just doesn’t work anymore.”

Report co-author and Regional Director, Northwest U.S. Research at Cushman & Wakefield, in San Francisco, Robert Sammons, said that while it was not surprising to see San Jose (Silicon Valley) and San Francisco continue to dominate, that mass-transit issues and escalating housing costs in those areas have fanned a tech spillover into secondary markets such as Austin (no. 7), Denver (no. 8), San Diego (no. 9), and Salt Lake City (no. 24).

Remarking on Seattle’s number six ranking, Mr. Sammons said, “It’s certainly one of the biggest, if not the biggest competitor to Silicon Valley and San Francisco. Seattle is an interesting case because it was driven by Microsoft early on, which endures, and now Amazon is huge in the downtown area and it continues to be significant.”

He pointed to tech titan Google, which continues to spread its wings outside of Silicon Valley, for opening operations in Seattle to entice the existing talent pool.

“Seattle has played catchup over the past few years but with housing creation now outpacing that of the Bay Area and with a huge $54 billion transportation initiative that recently passed at the ballot box, it will likely allow it to compete much more aggressively with those markets at the very top of the list.”

To many startup and tech community workers around the world, it may be surprising to see New York (no. 15) and Los Angeles (no. 18) so far down the list.

“In the case of New York, when we started to see a growth in tech employment here about four or five years ago, one of the big issues for the companies coming to New York, particularly from San Francisco or Silicon Valley, was a lack of the skilled labor force they needed, particularly engineers,” Mr. McCarthy said.

“Now what we’re seeing in response to the growth in the TAMI sector has been an increase in investment by local universities in engineering and tech schools. All the local universities recognizing the need have begun to invest in these areas of education, and as a result you’re getting more of a tech-savvy, talented workforce. These things tend to feed on themselves, and I would expect that if we did this ranking three or four years from now, it might look a little different for New York.”

In terms of Los Angeles, both Mr. McCarthy and Mr. Sammons noted its exceptionally diverse economy.

“Media is important, and you can’t lose sight of the fact that historically it’s also been an important manufacturing and industrial center,” Mr. McCarthy said, “There are myriad industries centered in LA, which has a good talent pool, and I would expect that also will come into play as we start to see these things evolve.”

“Los Angeles is a market that’s just enormous, it’s sprawling. And tech, even though it gets a lot of press for LA and Southern California, kind of gets lost in the mix because of media and entertainment. With Snap and other tech companies centered along “Silicon Beach” and with media and entertainment becoming even more tech-oriented, LA has nowhere to go but up,” Mr. Sammons said. 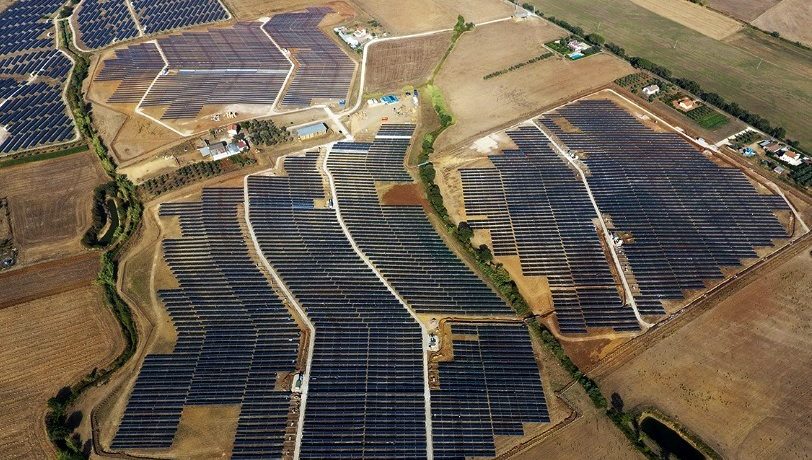 NESF increases investments in fotovoltaic field. NESF is pleased to announce the signing of three separate share purchase agreements covering a total of 16.6MWp split among four operating plants and 59.8MWp in development projects.
The three operating solar plants acquired from one counterpart comprise Barnby (4.99MWp, Nottinghamshire), Bilsthorpe (4.99MWp, Nottinghamshire) and Wickfield (4.90MWp, Wiltshire). All three plants were connected to the grid during March 2017 and are expected to be accredited under the 1.2 Renewable Obligation Certificate (“ROC”) regulation.

The Birch CIC project, located in Essex, acquired from a separate counterpart, was grid connected in June 2015 and receives remuneration under the Feed-in-Tariff (“FiT”) regime. Birch CIC is located in Essex, in immediate proximity to NESF’s Birch Farm plant of 5.0MWp, acquired in October 2015. NESF has benefitted from the sharing of selected infrastructure components, such as the grid connection, between both plants. As part of the CIC’s obligations, a significant portion of the plant’s profitability will be reinvested in the local community. This obligation is in line with NESF’s ESG strategy to benefit the local communities in which it operates.

NESF also acquired a portfolio of four development projects totalling 59.8MWp from a further separate counterpart. The development projects acquired comprise entities having all the permissions in place to construct and connect solar plants to the grid. The acquisition of three of the four development projects was completed, while completion of the fourth is subject to confirmation of full planning permission. The acquisition value of the development portfolio is less than 0.25% of the Company’s net asset value. These assets, once constructed, will be remunerated without subsidies by selling the electricity generated into the market or via power purchase agreements with individual off-takers. The seller of the projects will work with NESF to extend the relevant project rights to maximise the time frame during which NESF can commence construction of the plants.

NESF will initiate construction of each individual asset only once the financial returns are sufficiently attractive.
The Company’s investment advisor expects subsidy-free solar plants to become financially viable in the UK over the next 12- to 24-month period as investment values and operating costs continue to decline significantly. NextEnergy Capital is at present working with suppliers to drive investment values and operating costs down to sustainable levels.

NextEnergy Solar Fund (NESF)
NESF is a specialist investment company that invests in operating solar power plants in the UK. Its objective is to secure attractive shareholder returns through RPI-linked dividends and long-term capital growth.
The Company achieves this by acquiring solar power plants on agricultural, industrial and commercial sites.

NESF has raised equity proceeds of £465m since its initial public offering on the main market of the London Stock Exchange in April 2014. It also has credit facilities of £269.8m in place (£150m from a syndicate including MIDIS, NAB and CBA; MIDIS: £54.3m; Bayerische Landesbank: £43.8m; and NIBC: £21.7m).
NESF is differentiated by its access to NextEnergy Capital Group (NEC Group), its Investment Manager, which has a strong track record in sourcing, acquiring and managing operating solar assets. WiseEnergy is NEC Group’s specialist operating asset management division, providing solar asset management, monitoring and other services to over 1,250 utility-scale solar power plants with an installed capacity in excess of 1.7 GW. 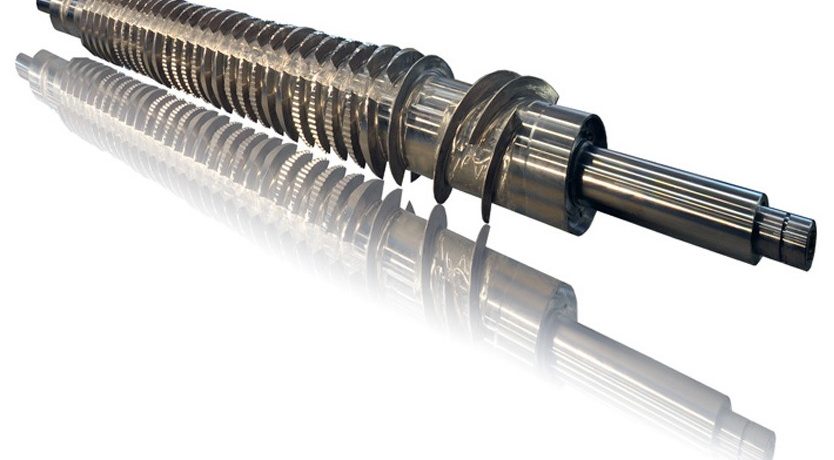 Concrete definition of a Smart Building

Concrete definition of a Smart Building to be placed at the heart of EU policymaking as negotiations heat up. The Buildings Performance Institute Europe (BPIE) today puts the finishing touches on its comprehensive work on smart buildings, providing a working definition of a ‘smart building’ and making detailed policy recommendations to encourage their growth. The current negotiations on the Clean Energy for All Europeans package are a final opportunity to shape the European building stock of 2030.

This latest intervention comes at a crucial point in support of those pushing for more ambitious policy and a genuinely smart European building stock of the 2030s.
BPIE has further explored the concept of smart buildings with one question in mind: What is a smart building? Measuring how smart a building is, depends on the capacity of its functions and the degree to which different components interact and complement each other. BPIE considered all these aspects and has come forward with a concrete definition of a smart building, placing energy efficiency at its heart.

For smart buildings to become a success story, multiple benefits must be recognised on an equal footing. Buildings have the potential to be at the forefront of providing flexibility for the energy system, including through energy production, control, storage and demand response, as well as providing a means to integrate electric vehicles. Just as importantly, smart buildings must enable a healthy and comfortable living and working environment for their occupants. But analysis has shown that more must be done in this area.

BPIE is clear that both market and legislative frameworks need to allow buildings to connect to and interact with the energy system. But this is not always the case across Europe. In fact, the legislative framework is one of the biggest barriers to the widespread penetration of smart buildings. And current policy discussions lack ambition to encourage buildings to play their role as micro energy-hubs.

The BPIE policy paper recommends ways that the Energy Performance of Buildings Directive, the Energy Efficiency Directive, the Renewable Energy Directive and the Electricity Directive should be strengthened to ensure buildings can take up a leading role in the energy transition, at the same time as ensuring high building performance, dynamic operability between components of a building and its occupants and responsiveness of buildings to interact with the energy system around them. These components must be embedded in the criteria for judging whether a building truly is a Smart Building.

BPIE definition of a smart building (2017)
A smart building is highly energy efficient and covers its very low energy demand to a large extent by on-site or district-system-driven renewable energy sources.
A smart building (i) stabilises and drives a faster decarbonisation of the energy system through energy storage and demand-side flexibility;
(ii) empowers its users and occupants with control over the energy flows;
(iii) recognises and reacts to users’ and occupants’ needs in terms of comfort, health, indoor air quality, safety as well as operational requirements.

About BPIE
The Buildings Performance Institute Europe (BPIE) is a European not-for-profit think-tank with a focus on independent analysis and knowledge dissemination, supporting evidence-based policy making in the field of energy performance in buildings. It delivers policy analysis, policy advice and implementation support.