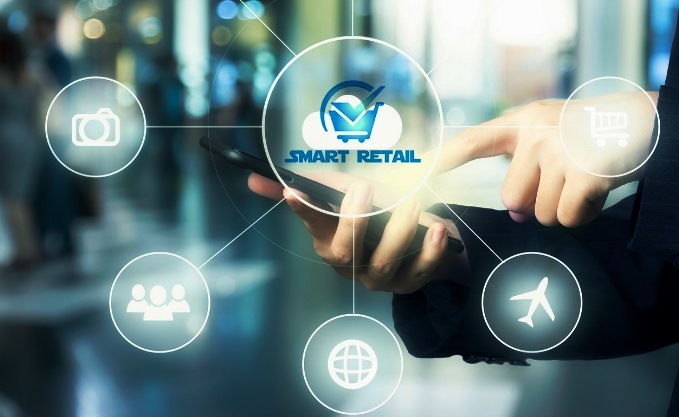 Media Partner Smart Retail Shanghai 2017. SmartEfficiency and BYinnovation are media Partners of the event on 20-21 September in Shanghai: two days with a format of business forum, exhibition, networking and social evenings. Over 300 senior level industrial elites from worldwide retailers, brands, solution and technology providers will gather in Shanghai to share the most disruptive insights on the future of a smart NEW retail.
It will be the best platform for you to connect and build business relationships with major retailers and brands from both China and the globe.

Meet the new retail leaders from the most powerful retailers in China:
Jiangxu Xiang, EVP – IT Headquarters & Chairman of Suning Technology Research Institute, Suning Corporation
0940 KEYNOTE: Disruptive Interactive Store Technologies Enable Business Transformation
— How customers are reacting to retailers’ in-store digital initiatives.
— How retailers determine which ones to expand from small-scale pilots to nationwide rollouts.
— What are the most critical technologies that are currently impacting retail and ecommerce or are poised to fundamentally alter the industry going forward 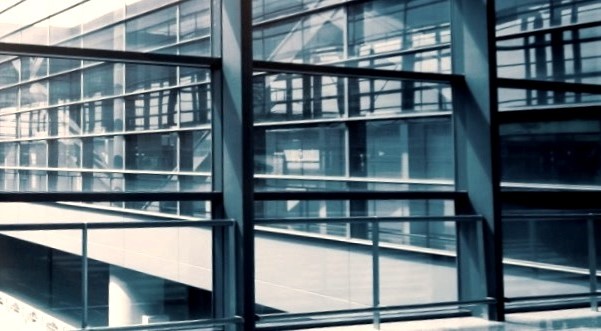 Strategic Facilities Management
By joining strategic resources, they will create an unprecedented level of industry support to meet growing demands from the 25 million FM practitioners around the world, as well as launch a single and compelling career pathway into the profession.

Harnessing the power of strategic FM services
“Over recent years, the FM industry has advanced in stature and evolved into an increasingly strategic discipline. IFMA and RICS research has empirically demonstrated the tangible advantages of effective facility management, ranging from improved productivity and cost savings to energy efficiency and employee well-being. As established leaders offering extensive resources to practitioners across the built environment, IFMA and RICS have come together in collaboration to further develop and professionalise the field of facility management.
Even as the industry has attained increased status and prominence, the global professional community, which has pioneered much of this advance, has suffered through fragmented support, according to an RICS survey of professionals across six continents. The RICS and IFMA collaboration will seek to address this by providing strong, global leadership and the tools needed to harness the power of strategic FM services.
As global thought leaders dedicated to the professionals who support the built environment, IFMA and RICS identified a unique opportunity to team up and fortify existing resources to enhance the outstanding level of service they already provide to professionals and built environment industry. The framework of this collaboration will create a less fragmented, more inclusive and highly regarded global facility management community.”
IFMA President and CEO Tony Keane

“The collaboration will also seek to address the current shortage of FM professionals in the workforce. Whilst there is growing market demand for facility management skills around the world, currently there is a shortage of professionally qualified practitioners equipped to deliver this service. Our collaboration will establish a clearly defined, single-career pathway, which will see FM practitioners acquire the leading skills they need to become recognised as preeminent professionals.”
RICS CEO Sean Tompkins

The goals of the IFMA-RICS collaboration include:
– Advancing global knowledge sharing and cohesion within the FM community.
– Expanding the existing informational and networking infrastructure for members of both organisations.
– Unifying the FM career path through both IFMA credentials and RICS qualifications.
– Incorporating FM trends and best practices into a more comprehensive picture of the built environment.
– Encouraging graduates and young professionals to select careers in FM.
– Asserting the strategic value of FM to business in order to further elevate the profession.

The RICS and IFMA collaboration will be shaped over time, but initially will leverage both organisations’ existing resources in education, research, conferences and events, and external relations. They will also work together to align credentials and qualifications to shape a single FM career path with demonstrable professional status which is recognised and respected globally.
RICS professionals who have qualified in FM will automatically receive IFMA member benefits. In turn, IFMA members and credential holders will be able to attain RICS professional qualifications and benefit from RICS’ international standards and global professional network.
International Facility Management Association (IFMA)

Global office forecast: is overbuilding? Across the globe, an unprecedented office building boom is underway with more than 700 million square feet (MSF) of space under construction that will deliver between now and the end of 2019, Cushman & Wakefield’s Global Office Forecast reports.
That’s the equivalent of recreating five cities worth of office inventory – Washington, DC, Dallas, London, Singapore and Shanghai – over the next three years.

The report details economic drivers, supply and demand forecasts and prospects for rent growth in more than 100 cities around the world.

Although demand, as well as job growth, will remain healthy through 2019, totaling approximately 520 MSF, it will fall far short of supply, which will cause vacancy to rise in most cities around the world. From that perspective, the world is overbuilding.

Or, not.
It also has been abundantly clear throughout this global expansion that most occupiers generally favor new, high-quality office space over older, Class B and C product. In the U.S., for example, newly built high-quality space has accounted for 65% of all office absorption since 2012. More often than not, developers have been rewarded throughout this cycle for delivering prime product, even in markets where vacancy is elevated. Additionally, the combination of an accelerating global economy with low interest rates is a recipe for healthy office-demand conditions.

“Developers are certainly placing some big bets on new product, but the bulk of it is concentrated in the major global cities, which is precisely where the greatest appetite is for these shiny new buildings,” said Kevin Thorpe, Cushman & Wakefield Global Chief Economist. “I’m less concerned about the new space leasing up, because in a sense, that is supply rushing to meet demand. It’s giving tenants exactly what they are asking for. I’m more concerned about what this wave of supply means for lower-grade product, which I suspect will have a difficult time competing.”

The development boom will be led by Asia Pacific, particularly Greater China. In fact, nearly 60% of the world’s new construction will be concentrated in the Asia Pacific region. Within the region, new supply is concentrated in a handful of markets: Beijing, Shenzhen, Shanghai, Manila and Bangalore. Indeed, those five markets account for 55% of construction taking place in Asia Pacific and over one-third of construction worldwide. Much like the supply side, the demand side of the equation is strongest in Asia Pacific. Beijing will have the distinction of leading the world in both supply and demand growth.

The Americas region is also in the midst of a robust construction cycle, peaking in 2017 and tapering offer somewhat in 2018 and 2019. . Still, the U.S., Canada and Latin America will all build more space than they will absorb over the next few years. Again, it varies greatly from one city to the next, and the bulk of new space is concentrated in the largest cities, many of which arguably need it the most.

The development pipeline also is ramping up throughout Europe, but not nearly to the same degree. Some European cities, such as Paris, Vienna, London and Brussels, will hit a cyclical high in terms of new construction over the next two years, while Madrid will show steady growth amidst global deceleration of rental-rate growth. Then again, those same cities report vacancy rates that are lower than pre-recession levels.

“Broadly speaking, supply and demand seem to be the most balanced in Europe relative to the other global regions,” Thorpe said.

Europe Key Facts
Berlin and Munich will have the second- and third-lowest vacancy rates in the world by 2019, at 3.1% and 3.3%, respectively.
Over the next three years, the number of development completions is expected to increase significantly in Istanbul, London, Brussels, Vienna and Dublin. In fact, over 2017-18, Istanbul, Copenhagen and the City of London will see the highest level of completions so far this cycle.
On the other end of the spectrum, in Stockholm, Amsterdam and Helsinki, less than 2.5% of stock is expected to be completed in the near term, offering stronger potential rent growth and lower vacancy.
Budapest, Dublin, Copenhagen and Madrid expect to have the strongest growth rates in the office-reliant information and communications sectors.
Brexit-related uncertainty is expected to inhibit office-based job growth, but vacancy in London is still expected to remain tight, under 5%.

APAC Key Facts
In APAC, 2017 will be a record construction year, with nearly 150 MSF of new office projects slated for completion across 25 major cities.
Beijing will have the distinction of leading the world in both supply and demand growth over the next three years.
Expect a shift towards tenant-favorable conditions in most APAC markets. However, the growing obsolescence of office stock in gateway cities like Singapore, Melbourne and Tokyo means new projects remain attractive to tenants looking for efficiency and modern facilities.
Sydney will have the lowest vacancy rate in the world by 2019, at 2.4%
In the past 12 months through May 2017, the banking and financial services sector was the biggest driver of leasing in APAC. Co-working, meanwhile, continues to gain traction in the region, accounting for 10% of leasing activity over the last 12 months.
Shenzhen and Guangzhou expect impressive job growth due to the rise of fin-tech and eCommerce.
In India, the introduction of the long-awaited goods and services tax (GST), along with other reforms, will continue to enhance the investment climate. Hyderabad will lead the world in office rent growth over the next 3 years.

Americas Key Facts
The top five markets for office-using job growth in the U.S. over the next three years will be New York, Dallas, Los Angeles, Atlanta and Chicago. Washington, DC Metro and Phoenix also make notable moves upwards in the job-growth rankings.
The Latin America markets of Rio de Janeiro and Sao Paulo make the most dramatic move up in the job growth rankings as the region exits recession.
The top five lowest-vacancy markets in the Americas by 2019 are mostly Canadian markets: Toronto (3.9%), Vancouver (6.3%), Orlando (7.2%), Ottawa (7.3%) and Winnipeg (7.4%).
In the U.S., it is mostly secondary markets that will lead the country in rent growth over the next three years, led by: Seattle (+6.8%), Raleigh-Durham (+4.8%), Oakland (+4.2%), and Portland, OR (+4.2%).