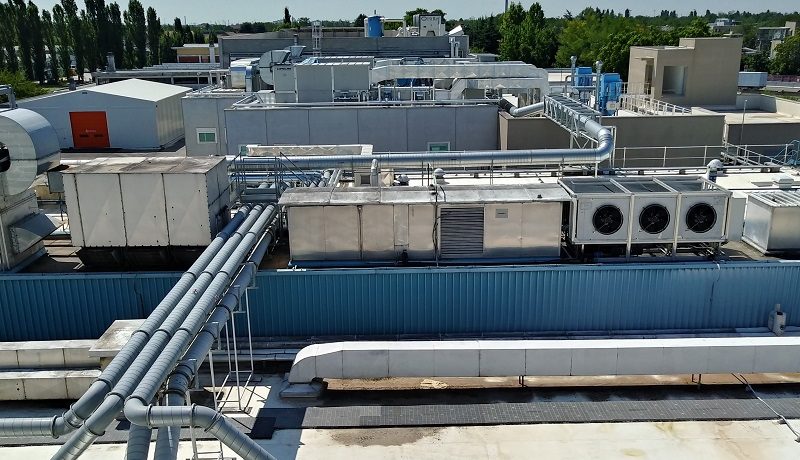 Revised F-Gas Regulation lags behind market evolution, NGOs warn. The European Commission’s revision of the F-gas regulation is pushing the refrigerant sector in line with the EU climate goals. However, the text is less advanced compared to the progression of the market, especially in the case of heat pumps, which play a decisive role in breaking free from Russian gas.

The European Commission unveiled an update of the EU’s F-gas regulation. Initially left out of the ‘Fit for 55’ climate revision despite its high importance, today’s proposal shows the Commission’s willingness to finally align this legislation with the EU’s climate objectives.
Mainly used in the refrigeration, air conditioning, and heat pump sectors, fluorinated greenhouse gases (F-gases) pose a major threat to climate change, accounting for 2.5% of total EU greenhouse gas emissions. Luckily, they can now be substituted in all applications by natural, non-patented refrigerants, such as hydrocarbons or CO2, which are often more energy-efficient and have very low Global Warming Potential (GWP).

Climate ambition
The EEB welcomes the increased climate ambition of the Regulation that anticipates some cuts in emission quota and trims the final availability of emissions to 2% compared to the baseline (down from the 20% set by the previous regulation).

Another right foot forward is the introduction of a longer-term target that aligns the EU regulation with the timeframe of the Kigali amendment to the Montreal Protocol, which regulates the refrigerant market at the global level. But more ambition is needed to keep the EU in the lead in this sector: the revision should have banned all Hydrofluorocarbons (HFCs) for all applications, with the only exception of those sectors where natural refrigerants are not yet fully available.

The heat pump issue
Faced with the urgency to seek independence from Russian gas imports, the Commission has adopted the F-Gas regulation to boost the heat pump market and accelerate the green heating transition in Europe. But it has failed to set the bar on the already best performing HPs in the market, now working with natural refrigerants with GWP below 5.

Without a tighter ban on fluorinated refrigerants in the heat pump market, the much-needed seismic shift from gas boilers will deliver lower climate benefits due to the indirect climate emissions from the HFC currently used in the technology.

Training bottleneck
The lacking sense of urgency is also evident in inadequate training plans for installers of the booming Heat Pump market. Despite, the emphasis put on heat pumps in the Repower EU plan, the Commission is not addressing properly the fact that several member states lack formal training for natural refrigerants in schools and are not including such training as compulsory in their professional certification schemes.

While much of the details will rely on the upcoming implementing acts, no mention of training targets and national roadmaps is there. We call on the Parliament to introduce a target of at least 50% of the heating and cooling professionals to be trained on all-refrigerants heat pumps and aircon in Europe by 2025.

“Fluorinated gas should be the exception, not the rule. While the F-gases phase-down will accompany the market towards low global-warming-potential (GWP) refrigerant solutions, quotas should be only left for those applications where natural solutions are not yet available. We are surprised to see that climate harmful refrigerants will still be allowed in heat pumps and refrigeration in this revision, especially considering how much the market has evolved towards natural refrigerants”, said Davide Sabbadin, Senior Policy Officer for Climate at the EEB.

Forever chemicals alert
All fluorinated gases should be treated as such and subjected to reporting and traceability, including the patented supposedly-low-GWP alternatives promoted throughout the document.
Some of these molecules are still currently under the scrutiny of the international scientific community because they can produce potent climate-wrecking byproducts such as R23 or decay into PFAS, the so-called ‘forever chemicals’ that can seriously damage both the environment and human health.
While REACH will be dealing with this issue in the coming years, we regret that the European Commission has missed the chance to tackle the environmental risks that might arise from such substances, and to align the F-gas regulation with the Zero Pollution target of the European Green Deal.
We call on the EU Parliament and the Council to introduce a ban on the use of refrigerants that can degrade in PFAS from all applications where alternatives exist. This will also protect customers from investing in soon-to-be-obsolete technologies that might not be maintained once these refrigerants are prohibited on the grounds of their environmental harm potential.

The European Environmental Bureau (EEB) is Europe’s largest network of environmental citizens’ organisations, standing for environmental justice, sustainable development and participatory democracy. Our experts work on climate change, biodiversity, circular economy, air, water, soil, chemical pollution, as well as policies on industry, energy, agriculture, product design and waste prevention. We are also active on overarching issues as sustainable development, good governance, participatory democracy and the rule of law in Europe and beyond.
We have over 140 members in over 30 countries.