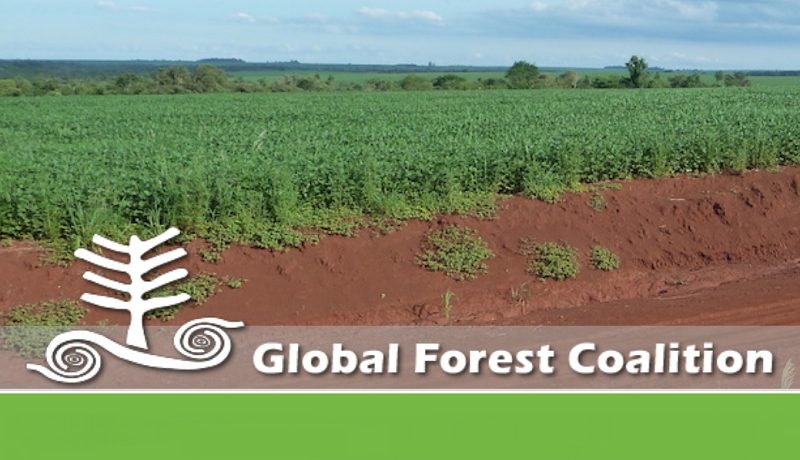 Thirteen civil society organizations are sounding the alarm about the corporate greenwashing on nature that the work of the Taskforce on Nature-related Financial Disclosures (TNFD) might facilitate. The TNFD is a voluntary initiative led by business but endorsed by various actors on the international stage. Like its sister initiative, the Task Force on Climate-related Financial Disclosures, TNFD will likely serve as a blueprint from which government regulators will draw, as public concern continues to build about the nature and biodiversity crisis and the trillions of dollars in financing that drive it. In May 2022, a Joint NGO Letter to the TNFD by 28 NGOs and networks outlined major concerns with its first draft.

“We were always skeptical that a process so wholly controlled by business interests would deliver – but combing through its latest draft we are shocked by just how bad it remains.” said Shona Hawkes, an adviser with Rainforest Action Network.

Launched in 2021, the Taskforce on Nature-related Financial Disclosures is headed by 34 senior staff from global companies.
TNFD is developing a framework that outlines what information a company or financial institution should self-report regarding how its relationship with nature has, or will, impact its business. This may include how it is preparing for changes in the short, medium, or long term. It emerges at a point in time when the global community is increasingly aware of the trillions of dollars that are underpinning companies or projects that are driving the nature crisis. TNFD launched the first draft of its framework in March 2022, the second in June 2022, the third and fourth are anticipated in November 2022 and February 2023, and the final version is expected in September 2023.

Key areas of concern in TNFD’s current framework include:
– TNFD doesn’t require companies or financial institutions to report their known harms and adverse impacts on nature or people.
TNFD only requires a business to report on significant financial risks or opportunities – in this case, those that may arise from its relationship with nature. This in itself is subjective. An ethical firm may see all harms to nature as bad for business, a company profiting off environmental abuse is less likely to. If a business is knowingly linked to environmental abuse but doesn’t think this is financially detrimental it doesn’t get reported. This is a major red flag for greenwashing and does not seem aligned with the approach of the European Securities and Markets Authority (ESMA) or the Global Reporting Initiative which back double materiality reporting. TNFD also notes that it received feedback on its first draft that reporting on impacts – and also human rights – should be incorporated, but it has opted to omit both.

– TNFD ignores human rights including the rights of women, Indigenous Peoples, local communities, peasants, and the very people who are standing up to companies, often at great risk, in order to safeguard nature.
Despite TNFD receiving hundreds of thousands of dollars in funding from the UN Development Programme – TNFD is normalizing the idea that we can fix the nature crisis while ignoring the human rights abuses that often underpin it.

– TNFD doesn’t require a business to publish grievance lists or take similar steps to disclose where communities, NGOs or media investigations have made allegations that it is linked to harms against nature and people.
Complaints and grievances are one of the most important tools to understand if a business’ claims don’t stack up in practice.

– TNFD plans to rush out a series of guidances. These guidances will outline recommendations for sectors, financial actors, realms (ocean, freshwater, land and atmosphere) and potentially other areas. In its broader work TNFD has often cherry-picked from approaches that set a very low bar, rather than reflect expectations set through more sound multi-stakeholder processes. Poor guidance is highly likely to set a lower bar than many existing national and international environmental and human rights standards. In doing so, TNFD will undermine the headway made, and lessons learned, over many years. This process requires further and wider consultation and a more rigorous assessment than that proposed.

“When we look at what TNFD is proposing, the first question should be: Will this work? Based on our many years of tracking cases of corporate and financial sector harms, the answer is a resounding ‘no’. If environmental destruction isn’t even reported, and the rights of local people aren’t respected, business as usual will persist.” said Edisutrisno, Executive Director of TuK Indonesia

“Global corporations are writing the rules of TNFD – cognisant that it may form the blueprint for future regulations. And yet, these companies and financial institutions reap more profits when there is lax regulation. What we see so far with TNFD is an embarrassing lack of ambition to shift the financial system so that nature and people can survive and thrive. Instead, it’s a blueprint for intensifying the biodiversity crisis.” said Katharine Lu, Senior Program Manager, Friends of the Earth US

“TNFD in its current form offers up huge potential for greenwashing by companies and financial institutions, potentially delaying meaningful action that is so urgently needed to tackle the climate and biodiversity crises.” said Hannah Greep, Banks & Nature Campaign Lead, BankTrack

“Not only is TNFD’s own proposal woeful, it is hijacking the broader conversation about how to divert the trillions of dollars in financing that is driving, and profiting from, the destruction of nature and human rights abuses. This is light years away from the solutions that the victims of corporate abuses and nature harms are calling for.” said Kwami Kpondzo, Coordinator Extractive Industries, Tourism and Infrastructure campaign, Global Forest Coalition

“What is lost in the TNFD discussion is how violent, brutal, devastating, and often, deadly the fights to save lands, forests, and waters often are. On average, four people are killed every week in efforts to prevent them from speaking out on the need to protect nature and their rights. Many investors and banks have repeatedly been alerted about their links to these harms, and have done little if anything to prevent them. Past, present, and potential future harms to nature and human rights must be included in TNFD reporting to curb these abuses.” said Melissa Blue Sky, Senior Attorney, Center for International Environmental Law

“Under TNFD’s proposed framework businesses are fully entitled to continue to back the destruction and degradation of nature and human rights – so long as it doesn’t affect their profits. But by not requiring companies to consider both long and short-term harms to communities and the environment in their risk analysis, the TNFD is setting the stage for severe environmental and human rights abuses and the worsening of the biodiversity and climate crises.” said Moira Birss, Climate and Finance Director, Amazon Watch

“We are incredibly concerned that UN agencies are backing, and funding, TNFD, which is not a multistakeholder initiative— it is written by business for business as usual. There is no mention of human or Indigenous rights, no gender analysis, and no equal seat at the table for those on the front lines of the climate and biodiversity crises. There is no discussion of accountability or mechanisms to address harms and grievances to impacted communities or ecosystems. We urgently need real solutions that are bold and transformative. We are in a catastrophic moment, and cannot further initiatives that enable profit over people and nature.” said Osprey Orielle Lake, Executive Director, Women’s Earth and Climate Action Network (WECAN)

Energia a It’s All Efficiency